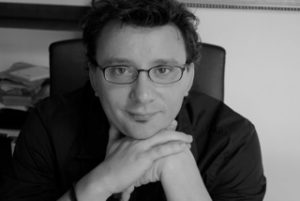 Fabio Nascimbeni has a degree in Economics with an international management specialisation and a PhD on Networking for Development. Since 1998 he is active in international research, policy advisory and strategic consultancy in the field of innovation in education, as well as in other areas such as ICT for development, Science and Technology international cooperation, ICT research, knowledge society developments. He has been designing and coordinating more than 30 international research and innovation projects across Europe, Latin America, the Caribbean and South-East Asia, mainly supported by the European Commission as well as by international organisations such as UNESCO or CEPAL, working in cooperation with major stakeholders and networks. He has been the Director of the MENON Network, where he now holds the post of Senior Researcher. He is developing a postdoctoral research on Open Education at the University of Sao Paulo (USP). He is a member of the Executive Committee of the European Distance and eLearning Network (EDEN), of the Editorial Board of the EURODL Journal, of the Scientific Committee of the Web Based Communities and Social Media Conference, of the Scientific Board of the Institute for the Relations between Europe and Latin America and the Caribbean.